Pike is a poem, written by Ted Hughes. The poem is about viewing his experience in the pond/lake when he was a kid, but know analysing it as an adult.
This story could be also about representing the conscious mind. The deeper area could represent the unconscious mind where, is the place where the monsters live (the pikes).
The pike in the poem is described as a «perfect creature» and as «killers form the egg».

Lenny Ambrosini gave us a task that was to modify the powerpoint that she made and add extra facts, etc.

The powerpoint she gave us:

My ( and Josefina Catani) modified powerpoint: 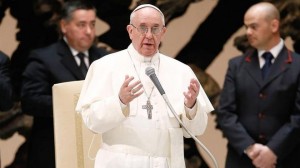 This was a task that our teacher Lenny Ambrosini gave us, the task as that we have to make an infographic (we made the infographics with a web tool named easelly) about a country that she gave us and then present it to the class. Here are the results:

This is a slideshare that we saw in class to learn to correct form to introduce quotations.

Pike, three inches long, perfect
Pike in all parts, green tigering the gold.
Killers from the egg: the malevolent aged grin.
They dance on the surface among the flies.

Or move, stunned by their own grandeur,
Over a bed of emerald, silhouette
Of submarine delicacy and horror.
A hundred feet long in their world.

In ponds, under the heat-struck lily pads-
Gloom of their stillness:
Logged on last year’s black leaves, watching upwards.
Or hung in an amber cavern of weeds

The jaws’ hooked clamp and fangs
Not to be changed at this date:
A life subdued to its instrument;
The gills kneading quietly, and the pectorals.

Three we kept behind glass,
Jungled in weed: three inches, four,
And four and a half: red fry to them-
Suddenly there were two. Finally one

With a sag belly and the grin it was born with.
And indeed they spare nobody.
Two, six pounds each, over two feet long
High and dry and dead in the willow-herb-

One jammed past its gills down the other’s gullet:
The outside eye stared: as a vice locks-
The same iron in this eye
Though its film shrank in death.

A pond I fished, fifty yards across,
Whose lilies and muscular tench
Had outlasted every visible stone
Of the monastery that planted them-

Stilled legendary depth:
It was as deep as England. It held
Pike too immense to stir, so immense and old
That past nightfall I dared not cast

But silently cast and fished
With the hair frozen on my head
For what might move, for what eye might move.
The still splashes on the dark pond,

Owls hushing the floating woods
Frail on my ear against the dream
Darkness beneath night’s darkness had freed,
That rose slowly toward me, watching.

Pike: a fish that lives in rivers and lakes and eats other fish

Malevolent: a fish that lives in rivers and lakes and eats other fish

Grin: to smile showing your teeth

Fangs: one of the long pointed teeth that some animals have, for example snakes, dogs, and tigers

Subdued: cowed, passive, or shy / gentle or quiet / not harsh or bright

to prepare dough or clay by pressing it continuously

Willow: a tree with long thin branches and narrow leaves that grows near water

Gullet: the tube in your body that carries food from your mouth to your stomach

Tench: a fish that lives in European rivers and lakes