In Biology we are studying respiration and we had to do this task.  I was with Luna, Tomas and Mara. The following are the answers.

3. When we run in a race, for example, we need a lot of oxygen in order to release energy to contract our muscles. We keep on running, maybe faster, and we need every time more and more energy. Our heart starts to beat faster because we need energy to reach our blood more quickly since we are constantly losing it. But eventually we can’t breath more quickly than we have been doing. There is when we produce “extra energy” by anaerobic respiration. Glucose is broken down without combinating it with oxygen. This action releases lactic acid and energy. “Oxygen Debt” is this action. When we “borrow” some extra energy without “paying” for it with oxygen. As a consequence of this we have a lot of lactic acid left in our muscles and blood which can be broken down by combinating by aerobic respiration.

This term we have been learning about the transport in humans. Therefore, we learnt about blood composition, pulse and the heart.

This is are the photocopies we completed to round up the topic. Our teacher, Male Ravagnan, asked us to take photos of them and upload them here: 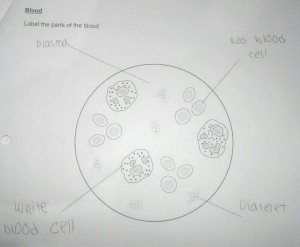 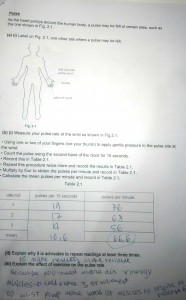 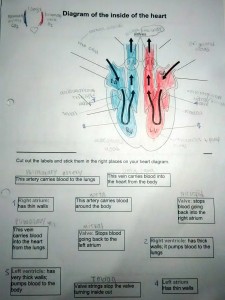 In Biology, we started learning about pathogens. In groups we were supposed to make a presentation for a seminar. My group’s slideshare is aimed at kids. I worked with Delfina Miy Uranga, Luz Garcia fernandez and Catu Grosso. [TASK]

This is out language online test we have to do for October 14th based on what we have been studying: the Gothic novel.

Publish an infographic including the main characteristics of the Gothic Novel as a genre. Name at least two relevant pieces of work and their writers.

Imagine you had to interview one of the  authors of these stories: The Cask of Amontillado, The Monkey’s Paw and The Yellow Wall Paper. Choose one. Find out about him/her and write the interview. What would you ask them? What would they answer? Publish your interview. (10-14 exchanges)

INTERVIEW TO EDGAR ALLAN POE – THE CASK OF AMONTILLADO

A: Good evening Edgar, I would like to ask you some questions.

B: Of course, darling. You may begin.

A: Could you tell me about your childhood?

B: Oooooh my childhood. I was born in 1809 in my beautiful London. My father abandoned my family when I was very young, and subsequently, my mother died from a fulminant cancer. I was sent to live with John Allan, a merchant. I always hated my foster family, until we moved to the USA, where John died and I inherited a lot of money.

A: What about your studies?

B: I went to study ancient and modern languages at the University of Virginia. I studied there for a year but I couldn’t afford it anymore.

A: Why did you enlist yourself in the army?

B: As I mentioned, I was very poor so I enlisted in the army to earn money. There, I made a lot of good friends who helped me to publish my first book titled “Poems”. After I published my book, I retired.

A:  Is it true that you were the first American that lived by the money he earned only by writing?

B: Yes it is, but I don’t recommend it. Sometimes, I had way lot of money that I could enjoy and waste. But also, I found myself begging in the streets for a penny. I think the key is to have a balance and always think in the future.

A: Did tuberculosis have a great impact in your life?

B: Of course. My mother and my father died from it. I already hated this illness but when I first saw that my wife, Virginia, had the same symptoms I felt I might go crazy.  I couldn’t stand my wife’s death. I started to drink uncountable amounts of alcohol and I was very depressed.